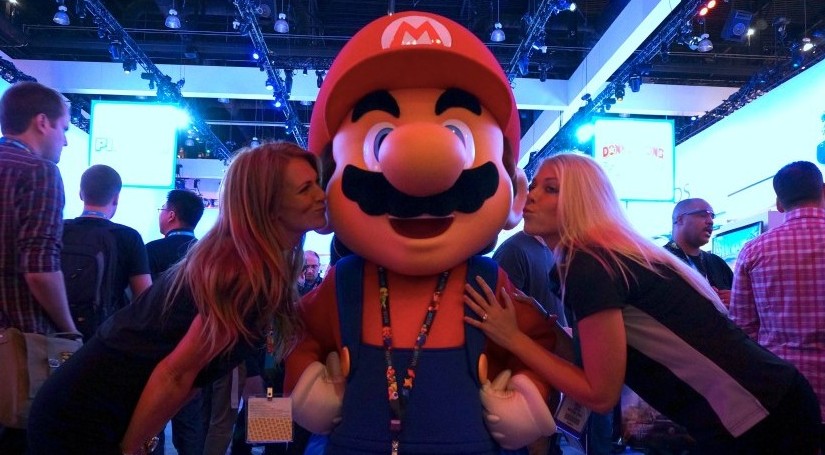 So E3 2015 is in the books and I think everyone collectively agrees that it was a solid show. You had a little bit of sequels, a dash of remakes, and some significant new intellectual properties. Add in a smidge of surprises and you have a yummy cocktail of gaming goodness. Instead of exploring a topic as I do each week in the Question Mark, I am going to use this pulpit to highlight what most appealed to me from this year’s E3 announcements. Bear in mind that I was not there, did not try anything and am judging everything from the press conferences and online coverage (of which there was a lot!). Also, I would highlight that I made my choices based on my excitement level for each game as compared to how I felt before the conference, which cut out games like Batman: Arkham Knight which I am already very jazzed for and E3 didn’t really add anything new.

So finally, without further ado, here are my click-bait friendly faves from the conference:

Honourable Mention: My youth. Final Fantasy VII, Shenmue and the original Gears of War are some of my all-time favourite videogames and I am happy to see them get revitalized or relaunched. I do firmly believe that these games succeeded partially due to when they released and I am unconvinced that they will be big hits now, or even games that I spend a significant amount of time on. That being said, it was cool to see them being recognized, particularly by Sony.

10. For Honor: This new IP from Ubisoft looks promising, although it may end up being a glorified tech demo in the vein of the first Assassin’s Creed. I did enjoy the first AC and I enjoy what I like to call “thumb candy”, that slick feeling of being in control. It looks like For Honor may offer that feeling through a new and innovative control system.

9. Dreams: Again, this is theoretically amazing stuff. The fact that Sony launched their conference with a Japanese emotional adventure game, a procedurally generated universe, and then Dreams, a creative dreamscape sandbox, shows how far games have come. I prefer to play and not necessarily create. I haven’t touched Minecraft or Little Big Planet. I am excited to know that this game exists though and I am aware of the possibilities. Hopefully somebody makes something super cool in it.

8. Uncharted 4: I made my wife watch the exciting car ride video that closed Sony’s E3 conference and she said what I am sure a lot of people are thinking “Ehhh, it just looks like more Uncharted” to which I would say: EXACTLY. Enough time has passed since the last game for me to get sufficiently excited although it is very possible that they have gone to the same well too many times. Hopefully, this is actually the last Uncharted and Naughty Dog goes and lends its considerable talents to a new game.

7. Fallout 4: Announced prior to the show, I am excited for this game despite the fact that I doubt it can surpass what CD Projeckt Red has done with the Witcher. The more of these giant games, the better!

6. Super Mario Maker: The only Nintendo presence on this list, I feel like this could be a tool/game that is used for years and outlives the system that it is launching on. It reminds me of Mario Paint for Super Nintendo in a way. Like Dreams, this is more of a creation toolkit but unlike Dreams, it is one that I could see myself using. If the rest of Nintendo’s Wii U content wasn’t so barebones, I might have considered picking one up.

5. Horizon: Zero Dawn: Okay, let’s get this out of the way immediately: what a dumbass title. I get that every new IP is launched with eyes to future expansion but can we please just save the subtitles for sequels? What was wrong with “Horizon”? Also, Zero Dawn sounds stupid and repetitive. Why not call it Zero Dawn: The New Beginning, Part 1? Ridiculous. Anyway, rant over. The game looks awesome and I like the sci-fi meets cavemen concept. This is the type of original concept work that generally puts video games ahead of movies. I also like the female protagonist and the gameplay. Nothing ground breaking but everything looks solid and enjoyable.

4. Sea of Thieves: Rare was another big player in my teen years with its Nintendo 64 catalogue one of the most impressive for any individual publisher in a console’s lifespan. Sea of Thieves has all the charm of a Rare classic. I also love Monkey Island and comedic pirate games and I can see this filling that void. My concerns stem mostly from the MMO aspects as I generally prefer single-player experiences. Knowing my luck, I will end up being one of the deckhands pulling the ropes. Sounds glamorous.

3. Deus Ex: Mankind Divided: I am a fanboy for this series and have played and finished every single one. I had some trepidation with Mankind Divided as I felt that it might be an overreach for Eidos Montreal (particularly after Thief) or that it would negate the choices that concluded Human Revolution. While I still have some of those concerns, my fanboyism and the stylish trailers are winning me over.

2. No Man’s Sky / Star Citizen: I am lumping these two games together due to the similar theme of space exploration. Star Citizen didn’t get much of a showing and may still be a long way off. No Man’s Sky performed much better and is staggering in its scope. The procedural generation technology is very impressive but I am left to wonder how repetitive the game may end up being. It seems rather wide open but will there be a story or campaign? I could see myself enjoying it for a few evenings and then growing bored. Hopefully that isn’t the case. The concept is extremely exciting.

1. VR + Hololens: Look, by and large these conferences are about one thing: selling you the future. You must believe in the potential for new experiences and new technologies that will deliver something beyond what you are playing right now. My age and experience has made me less interested in sequels and remakes – I want new shit. In particular, I want something that will blow my mind. I think virtual reality gaming will be that thing and the highlight of the show for me was seeing giant companies like Microsoft (through Oculus, Valve, and its Hololens) and Sony (through its own Morpheus) jump on board the bandwagon. This could be a fad, like motion controls, or it could be the future. Either way, I am excited to find out.