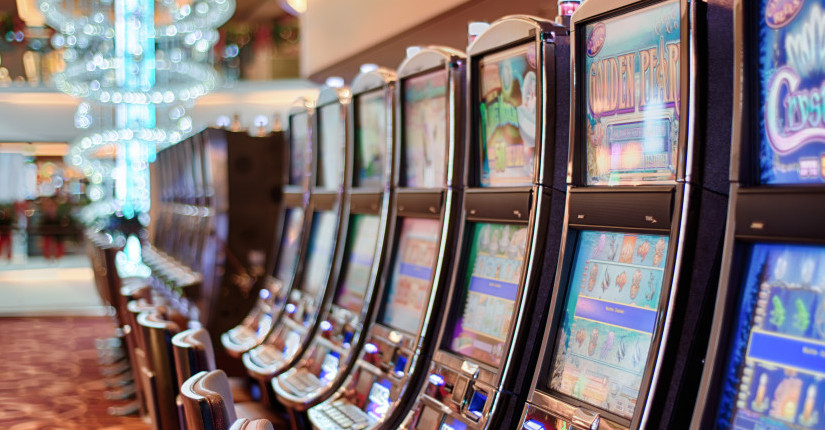 Cigarette, the girlfriend of cigar, is addictive. It is known. It contains a drug, nicotine, which is highly addictive. The smoke inhalation, painful at first, becomes intoxicating for cigarette addicts. It is fair to say that, unlike say beer and alcohol which are addictive to certain personality types, cigarettes have been designed to be addictive to everyone. Gambling is addictive too. That is also known. It intentionally plays with human nature and human behaviour to bleed money from participants who continually believe that they have a chance to win. Wait…what does any of this have to do with videogames?

Danny O’Dwyer, a fantastic videogame journalist, recently put together a 15 minute video on Destiny for his videocast “The Point”. It is really interesting and worth a watch, even if you don’t play Destiny. It dissects the behavioural science behind the workings of a game like Destiny, one that – through random drops of loot and other means – creates an addictive feedback loop similar to the effect slot machines have on gamblers. Go watch it now. I’ll wait. Beau and I discussed it at length during the last Dialogue Tree segment of the Exclamation Mark podcast where we both expressed dismay at this type of game design.

Prior to his death, the late Roger Ebert started a conversation with regards to if videogames can be considered art. Putting that discussion aside, I think a more relevant question is when do they stop being games and become more corporate products? When do they abandon all semblance of artistry and focus solely on appeasing the unyielding demands of the bottom line? While, in his video, Danny talks about how Destiny acts as a pipeline to sell ongoing digital content, I think the more troubling aspect has less to do with the money and more to do with the insane amounts of time gamers end up investing in these products.

Mobile gaming is the fastest growing and most lucrative section of the overall videogaming scene. With the rise of smartphones, it has become increasingly unlikely that even your mom hasn’t played a game. Everybody does it now and they don’t think about it which has enabled the beginning of some shady business practices. Apple and other large companies have had to react to games labelled “free to play” targeting both adults and, most troublingly, children with addictive mechanics. Games like Candy Crush Saga or Smurf Village capitalize on human behaviour to entice players to spend money to increase the speed of the game they are playing. Imagine if you watched a movie divided up into five sections and each section ended with a cliff-hanger. You could either wait an hour to see the next section or pay a few dollars to see it now. It is human nature to want to see it immediately. The mobile industry has, up until recently, been getting a pass on these predatory business practices. Following some well-publicized incidents, parental warnings have started popping up as well as well as Apple itself even removing the word “free” from its own App Store.

Everybody agrees that children generally don’t know better and so we should be protecting them from predatory sales tactics. But what about adults?

Danny’s piece on the Point made so-called “hardcore” videogame players – those often teenage or adult in age focused on console or PC gaming – take a long look in the mirror. Destiny had Activision hire a known specialist in human behaviour who had previously worked on the Halo franchise to maximize the addictive qualities of the game, ensuring that it would be continuously played well after launch and that players would shell out the cash for each new downloadable piece of content. The only thing that is new here is the admission of an actual behavioural specialist being involved – the rest has been happening for years, and not without consequence.

Caught in a Blizzard

The Blizzard wing of Activision-Blizzard is an organization that enjoys tremendous good will from gamers but it is one that essentially bases its business model on its players pouring hundreds of hours into the same games. It does this in two primary ways: the first is multiplayer. By providing a tight and engaging multiplayer component to games like Starcraft and Heroes of the Storm, users keep coming back searching for that thrill of victory or crush of defeat. It is the same reason people have played chess and/or Call of Duty for generations (those two games are mixed up all the time throughout history). The second method is much more nefarious and it is through the use of behavioural science to ensure users get trapped in the feedback loop that Danny mentioned. Games that randomly reward players with “rare drops” like Diablo and Hearthstone are the worst of these. Diablo 3 originally launched with an auction house that saw Blizzard taking a cut of sales from each item sold between players. The company also implemented an unnecessary “always online” policy and eventually put barriers on how you could trade with other players. Hearthstone tantalizes players when they open a new card pack with the cards dancing around in a show of sound and light as each card is revealed.

Blizzard is not alone in these practices. Prior to the launch of their biggest cash cow, World of Warcraft, there was a sizable amount of massive multi-player games being released, seemingly every week. One of them, City of Heroes, I played extensively with my wife and some work friends. The game had you designing and playing as a super hero, fighting super villains and their henchmen in a city (hence the name). At launch, it was very simple: you undertook quests where you would beat up thugs and your character would level up and get stronger. As your character grew stronger you would receive new powers which would then allow you to beat up more thugs. And so the loop went. Many gamers became unsatisfied with this and most would point to the absence of “loot”, items that would randomly fall from defeated enemies so that your character could be further customized, both in abilities and appearance.Why did everyone want loot? Aside from Batman’s utility belt, how many super heroes are really known for walking around with a bunch of loot? Unbeknownst to them, the gamers playing were actively seeking the same form of addictiveness that they had experienced in other games in hopes of giving purpose to the nonstop beating of thugs. They wanted the dopamine rush that they got in other games when a legendary item would drop to a flash of light and sound.Successful MMORPG developers like Square Enix and Blizzard have understood this need and have played into it – getting their players to camp out for rare drops or run many multi-hour raids in hopes of getting that one item needed to fully complete their armor set.

Danny’s issues with Destiny were related to how it was essentially a slot-machine for gamers, asking you to dedicate time and money in hopes of getting a rare item or some sort of dopamine boost.  This can be extremely dangerous to be people with addictive personalities. Why is it a problem and why should we care? Well, on the drastic end, because of this guy, this guy, this guy, these guys, this guy, and this guy, amongst others. They all died playing games like League of Legends, Diablo, and World of Warcraft. While again, this is on the drastic end, others have quit their jobs, left their wives, and neglected their children and so on. You cannot tell me that every moment these people have put into those games was completely enjoyable and satisfying. Many were trapped inside of a carefully crafted hamster wheel, rewarding them with random little pieces of cheese while they invested hour upon hour into the never-ending chase. As a videogame player who appreciates the artistry, escapism and freedom of expression that games can bring, it makes my blood boil to see companies continue to chase the whales, the addictive personality types that they can endlessly trap and drain of their money. It gives the entire industry a bad name.

So What to Do?

It is always easier to identify a problem than to propose a solution. I don’t think all MMOs or loot-based games should vanish nor do I think being addictive is necessarily a bad thing. I do however think that if, as a company, you are hiring a human behaviour specialist in an attempt to make your game as addictive as possible then you might want to re-examine your corporate priorities. You also, at the very least, should be obligated to disclose this on your labelling in the same way that the cigarette industry has to disclose its intended addictiveness on packages here in Canada. Once you have crossed that line, you can no longer say “oh, I didn’t know” or “that guy was an exception, most of our players only play a little bit at a time”. As soon as you start designing for the whales and people with addictive personalities, you are enabling destructive behaviours as well as contributing to damaging the reputation of the entire videogame industry.

If the Entertainment Software Rating Board is able to give a game an age rating based on its content, everything from violence to the use of alcohol, it should also be able warn against intended addictiveness. As society and game development evolve, both at home and in the mobile space, we have to learn new ways in which to protect ourselves from predatory business practices. Once a gamer is aware that a game has been designed in an intentionally addictive way, they should still be free to play it but at least arm them with that knowledge before they go in.

Beau, to his credit, realizes what these games do to him, but knows he can’t escape them and is now attracted to them. Following our discussion on the show, one where he lamented the predatory and exploitative game design being used, he began excitedly talking about the new modes being added to Diablo 3, allowing him to play the game over for the hundredth time in hopes of higher chances of valuable drops. Meanwhile, Activision just announced that it would be rewarding long-time Destiny addicts with a new in-game emblem given to “only the most dedicated players” who put in the time necessary.

The trick, companies are learning, is not to let the player escape. If they escape, you may never get them back. Don’t worry though, one sweet smoky throat hit is all it will take to bring them back in.

Agree? Disagree? Got something to say about any Exclamation Mark podcast or Question Mark blog, including this one? Contact us at exmpodcast@gmail.com!